Chris Bialuski, founder of PAINTING Guys apprenticed from 1975 to 1978 under Glen Wheatley, a talented and respected journeyman painter from Regina Saskatchewan.

"Back in the day"painters had to know the painting and decorating trade inside and out. Wood staining, wood finishing , cabinet finishing, floor finishing, paper hanging, and general painting was all part of the the painters workflow.

"We even tinted our putty to match the various grain colours in wood so nails holes etc were hidden.  We weren't just "painters" we were applicators for many finishes. Thus, the name Painting & Decorating"

In 2005 Chris was accepted into the Benjamin Moore Painting & Decorating Services where he operated in North Vancouver, West Vancouver, Abbotsford, Chilliwack, Vancouver Island and Prince George, BC Canada.

2018 Chris teamed up with his partner Rose and together they began specializing in Kitchen Cabinet Painting. PAINTING Guys have since established one of the most respected kitchen cabinet painting companies throughout western, Canada.

We have been in the wood finishing business since 1975

Kitchen cabinet painting is our specialty.

We don't just paint over cabinets, we restore them so they look as new as possible.

In order for paint to look new and adhere to older kitchen cabinets, sanding nicks, pulls and handle impressions out and most importantly... sanding old lacquer down to the wood is the key to our excellent cabinet restoration.

We don’t just paint over cabinets, we meticulously clean and sand everything tight to the corners to ensure pro results every time. The cleaner wood, the better the bonds. The better the bond, the less chance paint will chip and expose previous stains or colours underneath old finishes.

When it comes to the finishing touches, there are always sections beyond spraying that require detailed hand painting to match spray finishing. Hand painting is an art in itself. The art to making a kitchen look amazing is all in the hand finishing and sealing of joints, cracks and seams.

Part of this expensive cabinet is sprayed, part of it is hand painted.

Can you tell the difference? 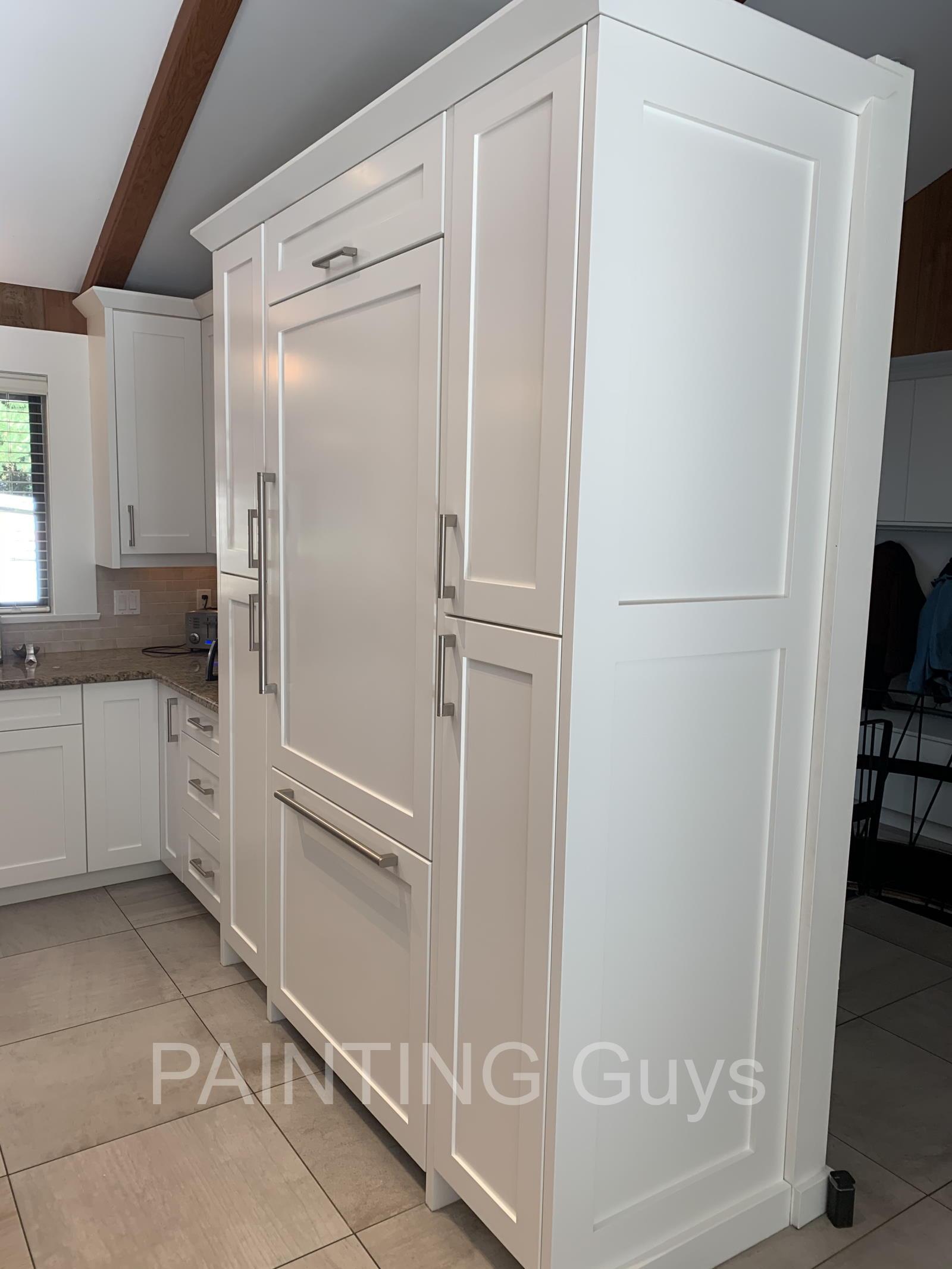